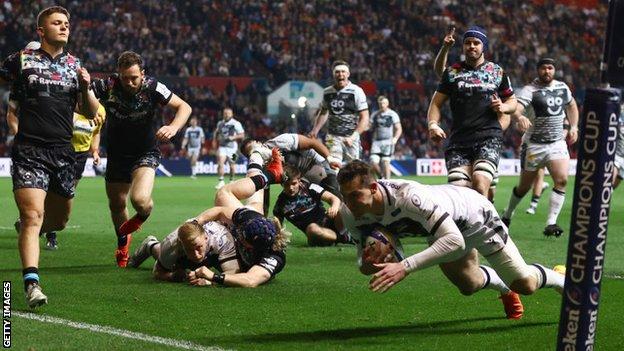 The visitors made light of Reed’s dismissal for a high hit to race into a 24-3 lead early in the second half.

Bristol reeled in the visitors via tries from Harry Thacker, Luke Morahan and Joe Joyce, but then lost momentum.

Rob du Preez’s boot edged Sale back in front, before captain Jono Ross dotted down to put his side out of reach.

Charles Piutau’s sensational tap-on pass set up Luke Morahan for a 78th-minute score, but it was too late to provide another twist in a remarkable game.