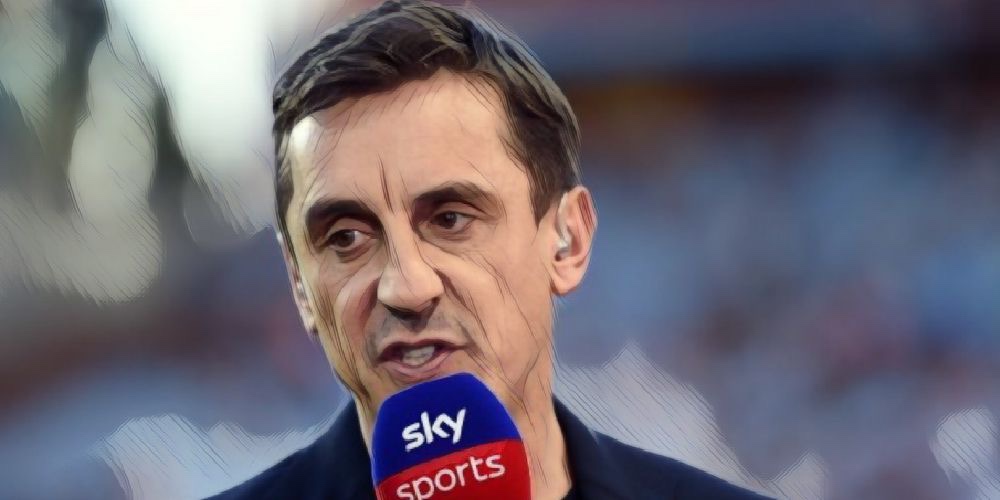 Gary Neville has said that the recent wave of apologies from the Premier League’s big six are simply not enough, the outspoken pundit demanding ‘action’ to prevent another damaging power grab.

The week’s headlines have been dominated by the attempted breakaway by 12 of Europe’s elite sides, with news breaking last Sunday of the intention to form a European Super League.

It was proposed that the clubs – which included the Premier League‘s ‘big six’ – would play in an almost entirely closed-off competition, plans which threatened to damage the very fabric of the sport at all levels across the continent.

Widespread condemnation from almost every corner of the footballing world would follow, forcing an embarrassing and rapid climb down within 48 hours as clubs swiftly withdrew their interest.

Since then, owners of the big six have come out with groveling apologies, though they have done little to dampen fan fury and protests, with supporters of Arsenal, Liverpool, Manchester United and Spurs all having called for change.

Gary Neville was one of the loudest voices in opposition of the project right from the off, and the former Manchester United full-back and current owner of League 2 Salford City said the apologies simply aren’t enough, describing the scandal as ‘attempted murder’.

“We nearly lost it, we nearly lost football in this country, in the way in which we’ve always known it which is fair and competitive,” he told Sky Sports. “And we nearly lost our top six clubs from it. How can we be in that position ever again?

“Most of us would go along with a theory of an apology is acceptable. An apology is not acceptable in this instance, with regards to the six clubs. It can never be accepted, because last Sunday what they announced was the attempted murder of English football.

“They attempted to kill English football forever, and they would have done it if they could. They attempted to take £300m extra every single year for the next 23 years as a guarantee for a different competition that other clubs couldn’t get into.

Gary Neville just completely gets it doesn’t he 👏pic.twitter.com/x6w4ljcOvQ

“What these six clubs have tried to do is freeze time, freeze the fact they are the ‘big six’ forever. That means you take away the ambition of every other single football club in this country to try and get into that top six, and that is absolutely scandalous. Saying I am sorry is not enough. Enough is enough, we have to do something big.”

The UK government have committed to a review in football governance and ownership, with the German 50+1 model said to be something that is being looked into to prevent any similar power grabs in the future.

Neville has been calling for independent regulation of football ever since last year’s ‘Project Big Picture’ was announced, and says that the government review is ‘an incredibly important piece of work’ in the attempts to safeguard the future of the game against unscrupulous owners.

“But the biggest punishment is that they cannot come back with any type of proposal which tries to swing the balance in their favour.

“I think most football fans would be in support of the German model, but we don’t have that in this country, and it’s how we reverse out of that – the only way is not going to be through individual declarations for each club, it’s going to come from government legislation.

Gary Neville, I salute you.

“Tracey Crouch has been appointed the chair of the fan-led review, and it’s an incredibly important piece of work. It’s one that can protect and save English football forever. I’ve been part of a group for the last 12 months asking for an independent regulator for a change in regulations, structure and governance in English football because I’ve lost faith that the stakeholders of English football can run the game for all.

“And we’re in a moment now where it’s the perfect storm; what the six Premier League clubs have done this week has whipped people up into such a frenzy that something’s going to happen this time and they’re going to end up, in their eyes, worse off.

“But the rest of us, who believe in a fair game in the fair distribution of wealth across the game, including grassroots, communities, fans getting a more affordable and accessible deal, will be better off – and that’s the most important thing. Action actually needs to be taken now.”