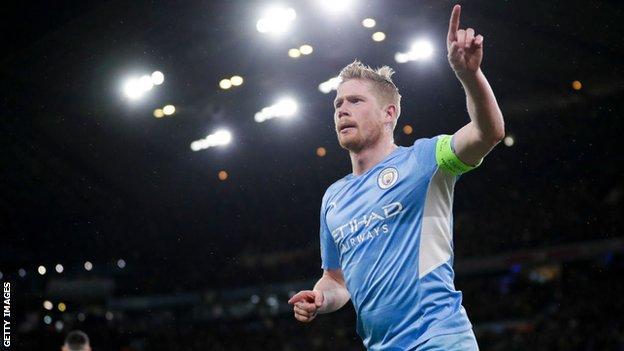 The Spanish champions must close off at least 5,000 seats at the 68,456-capacity Wanda Metropolitano.

Uefa’s punishment is for the “discriminatory behaviour” of Atletico fans during last week’s first-leg match in Manchester, where City won 1-0.

Atletico will also have to display a Uefa banner reading “#NoToRacism”.

Bodo/Glimt claimed a 2-1 victory over Jose Mourinho’s Roma side in the first leg of the quarter-final.

The Norwegian club released a statement which stated they had video evidence of head coach Knutsen being attacked by members of Roma’s support staff, including Santos.

In response to Uefa’s decision to suspend Knutsen, Bodo/Glimt released a statement saying: “We are surprised and shocked by Uefa’s decision. We will appeal, and will work on it throughout the evening. Beyond that, we currently have no comments.”