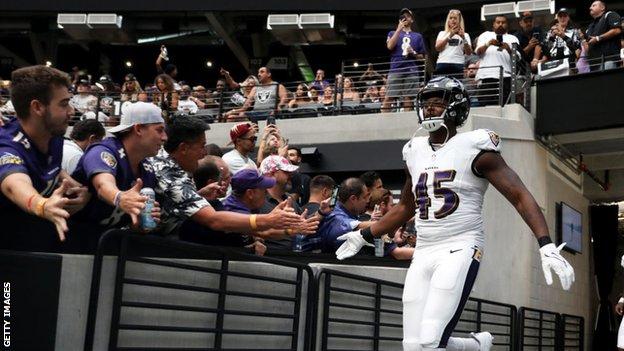 Baltimore Ravens linebacker Jaylon Ferguson has died at the age of 26, the NFL team has announced.

“We are profoundly saddened by the tragic passing of Jaylon Ferguson,” the Ravens said in a statement.

“He was a kind, respectful young man with a big smile and infectious personality.”

The cause of death was not given with the Ravens saying Ferguson’s family asked for “your prayers and privacy during this trying time”.

Since being picked in the third round of the draft in 2019, Ferguson had played 38 games, including 10 starts, and recorded 67 tackles and 4.5 sacks in his three seasons in the NFL.