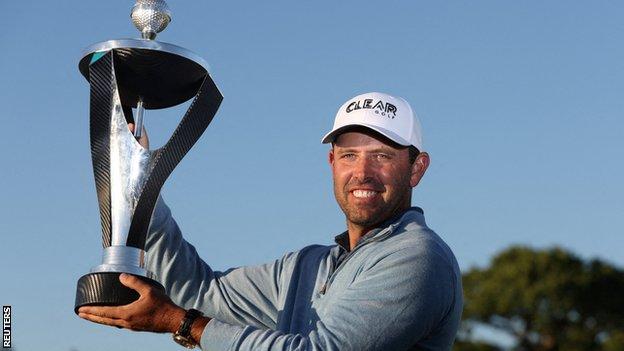 Players that took part in the Saudi Arabian-backed LIV Golf event in June have been fined £100,000 and banned from the Scottish Open by the DP World Tour, formerly the European Tour.

The Scottish Open, from 7-10 July, is used by many players as preparation for The Open, which is the following week.

The PGA Tour suspended 17 members who played in the inaugural LIV Golf event.

Players who have joined the LIV Golf series are allowed to play in the 150th Open Championship at St Andrews.

The next LIV Golf event is scheduled to take place in Portland, Oregon from 30 June to 2 July.

“It is important to note that participation in a further conflicting tournament or tournaments without the required release may incur further sanctions,” said a DP World Tour statement.