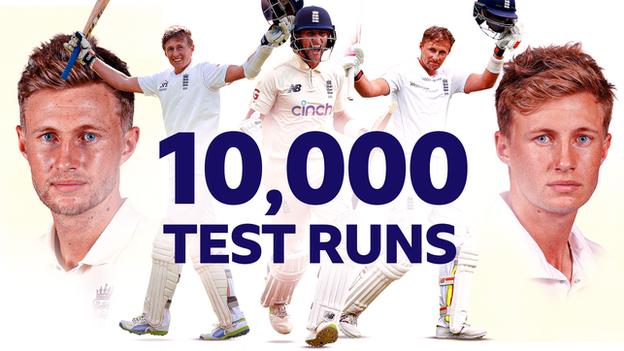 Root reached the landmark by scoring a century on day four of the first Test against New Zealand at Lord’s.

He is the 14th player to achieve the feat, with ex-captain Sir Alastair Cook the only other England player to do so.

Aged 31 years, five months and five days, Root has reached 10,000 runs at exactly the same age as Cook – making the pair the joint-youngest players to reach the milestone.

Last year Root scored 1,708 Test runs, the third best haul in history, as he found remarkable form despite the struggles of England’s other batters.

He has scored 26 Test centuries, the second most for England behind Cook, who hit 33.