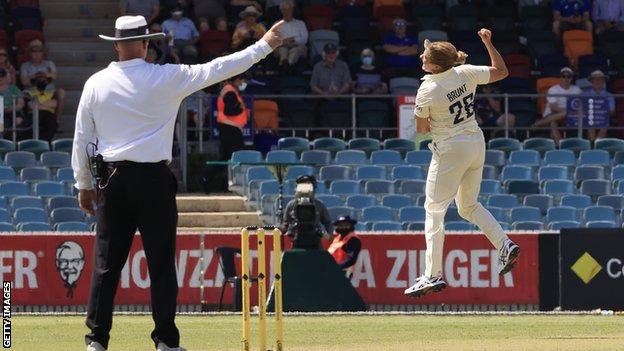 England bowler Katherine Brunt says she has made the “heart-breaking choice” to retire from Test cricket to “prioritise” the white-ball game.

She helped England win the Ashes for the first time in 42 years in 2005.

“Over the past two years thoughts of retirement surfaced more and more, so I’ve decided to make a smart decision rather than an emotional one,” said Brunt, whose last Test was in January.

“Test cricket is my absolute passion and to retire from this format was truly a heart-breaking choice to make, but it allows me to prioritise white-ball cricket.”

Brunt has won two 50-over World Cups and one T20 World Cup, and will continue to play one-day internationals and T20 cricket for England.

Jonathan Finch, England Women’s cricket director, said Brunt had “given everything” for the Test team and she leaves “knowing she is a true legend in that form of the game and that she has set standards that future generations can only aspire to”.