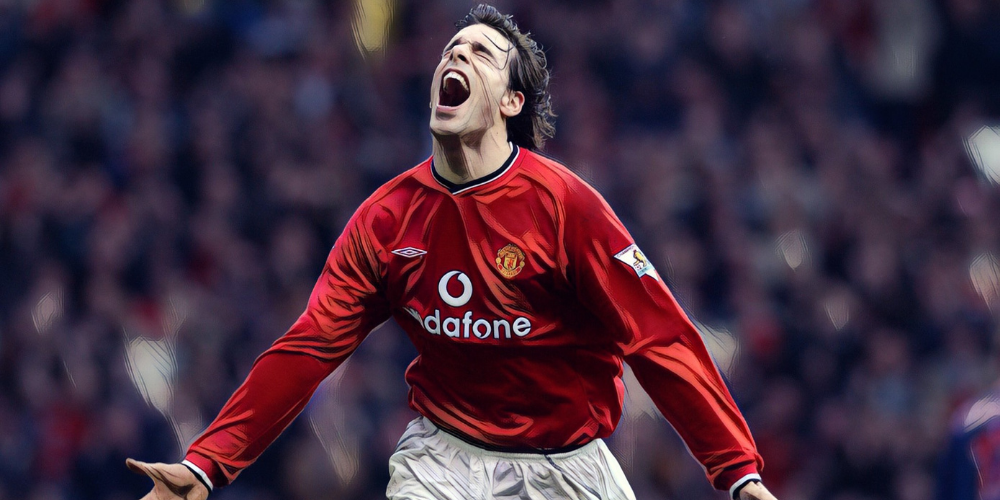 The one-on-one, the ultimate duel between forward and goalkeeper, a pressure situation in which the leading strikers are expected to make count with minimal fuss.

Providing a clinical touch when through on goal requires both the highest technique and temperament, with even some of the game’s great goalscorers feeling the nerves when faced with the whites of the goalkeeper’s eyes.

We’ve decided to look at five of the best one-on-one finishers in Premier League history, a selection of forwards you would put your house on when bearing down on goal.

These five may not necessarily be the best all-round centre-forwards the league has seen, but each possessed an ice-cool persona when left with just the goalkeeper to beat.

Here are five of the best one-on-on finishers in Premier League history.

One-on-one finishes were just a small facet of the goalscoring talents of Alan Shearer, the highest-scoring player in Premier League history and a player who struck fear into the division’s best defenders.

It would feel simply wrong to leave Shearer off this list, the former Blackburn and Newcastle forward having plundered a record-breaking 260 goals during the Premier League era.

Whilst towering headers and thunderous strikes from distance were all a part of his attacking armoury, there was rarely any doubt when Shearer burst through with the confidence of a man who knew where the back of the net was.

Shearer won the Premier League’s Golden Boot in three consecutive seasons between 1995 and 1997, becoming the first – and so far only – player to score 30+ league goals in more than one campaign.

Michael Owen’s game was built on one-on-one finishing during his early years at Liverpool, emerging as the most exciting young talent in English football after bursting onto the scene at Anfield.

Owen was named as Premier League Player of the Season as a teenager during his first full season, winning the division’s Golden Boot before retaining the accolade the following campaign.

Owen’s blistering pace saw him accelerate away from defender’s in signature fashion during his early years, racing in behind before finishing chances with the confidence of a player several years his senior.

From calm controlled finishes into the far corner to lifted efforts over the goalkeeper, Owen was deadly when at his very best with his emergence seeing the academy graduate overshadow teammate Robbie Fowler in the lates nineties and early 2000s – a player regarded by many as one of the Premier League’s most natural finishers.

Van Nistelrooy was prolific during five seasons in English football with Manchester United, scoring 150 goals in just 219 appearances across all competitions, winning the Golden Boot in 2002/03 and finishing as the Champions League’s leading scorer on three occasions.

The Netherlands international was ruthless when in and around the penalty box, a player who lived, breathed and revelled in the art of scoring goals.

Van Nistelrooy’s cutting edge even drew lofty praise from the notoriously difficult to please Roy Keane, who once said there may as well have been ‘no goalkeeper’ when his former teammate was bearing down on goal.

Harry Kane continues to climb the Premier League’s all-time rankings when it comes to scoring goals, currently sitting eighth and moving ever closer towards the summit.

Kane burst onto the scene at Tottenham during the 2014/15 campaign with a 21-goal haul, rising to prominence in stunning fashion despite a series of underwhelming loan spells before his breakthrough with the north London side.

Since then the forward has continued to fire at a phenomenal rate, with only Jimmy Greaves having ever scored more goals for Spurs than the two-time Premier League Golden Boot winner.

Kane’s comfortability on either foot and shoot-on-sight mentality has led to his incredible goal haul in recent seasons and there are few players in world football right now who you would rank above the England captain when it comes to finishing chances.

Presented with just the goalkeeper to beat, there is usually only one outcome.

Manchester City will wave goodbye to one of their greats this summer as Sergio Aguero prepares to leave the Etihad, the forward calling time on a decade of success and goals with the club.

Aguero has written his name into Premier League folklore since arriving from Atletico Madrid in 2011, scoring the most iconic goal in the division’s history to win the title at the end of his maiden campaign.

Three further titles have followed with the increasing prospect of a fifth winners’ medal in 2020/21, alongside 181 top-flight goals – a record figure for an overseas Premier League player.

No player has also ever scored more goals for Manchester City, Aguero the quintessential penalty-box poacher and a forward for who ice seems to run through his veins when handed a shooting chance.

Aguero racing through before rolling past the goalkeeper has been a familiar sight in recent seasons, one that the City fans will miss greatly upon his departure this summer.

Read – Ranking the 10 best Premier League players of the 2000s

Read Also – Iconic Performances: When R9 destroyed Man United and got clapped off at Old Trafford