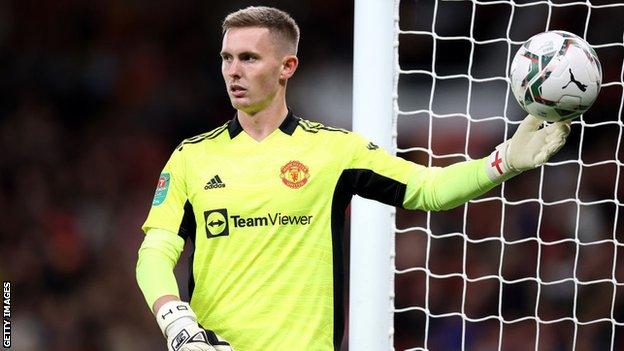 Henderson is unlikely to fit into new manager Erik ten Hag’s plans, which would harm his chances of being called up to the England World Cup squad.

He has won just one cap for England but was a regular member of Gareth Southgate’s squad until Euro 2020, when he had to pull out because of injury.

During the 2020-21 season, Henderson made 26 appearances in all competitions for United, and the season prior he was Sheffield United’s first-choice keeper, playing 36 times in the Premier League whilst on loan with the Blades.

A Manchester United academy graduate, he signed his first professional contract with the club in 2015 before he was loaned out to Stockport County, Grimsby Town, Shrewsbury Town and finally Sheffield United.

There is doubt over the future of Forest keeper Brice Samba, whose contract expires in 2023 and has indicated he does not want to sign an extension.