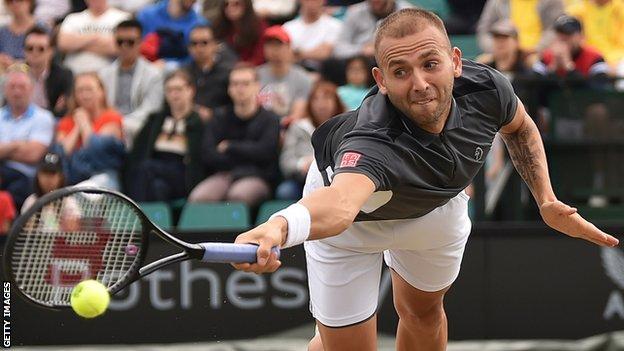 Dan Evans beat Jordan Thompson to claim his second Nottingham Open title without dropping a set in an ideal boost to his Wimbledon preparations.

The British number two registered a 6-4 6-4 victory over the Australian.

Evans, who also won the Challenger event in 2019, will now move on to Queen’s Club, where he opens against defending champion Matteo Berrettini.

Top seed Evans saved three of the five break points he faced in an assured performance against Thompson.