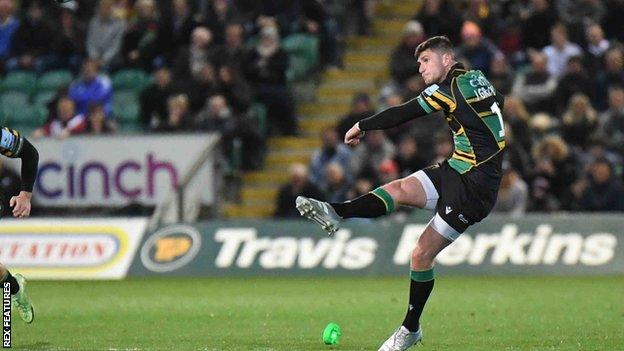 Saints sealed a try-scoring bonus point after 35 minutes of an exhilarating first half that saw six tries shared between the two sides.

Alex Dombrandt and Caden Murley scored early in the second period to put Quins ahead for the first time in the game.

Gloucester could close within a point of Northampton should they claim a bonus-point win over bottom-of-the-table Bath on Saturday.