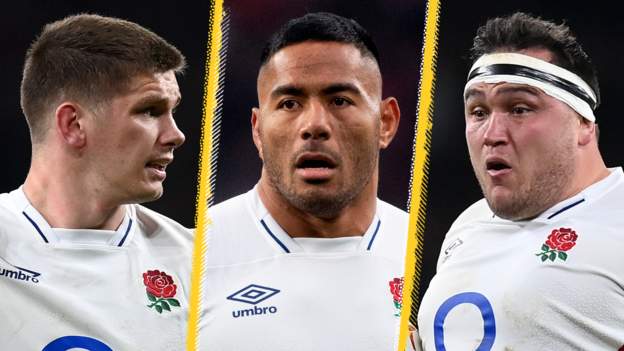 England are expected to have captain Owen Farrell, Jamie George and Manu Tuilagi available for the Six Nations starting on 5 February.

Centre Tuilagi tore a hamstring in the win over South Africa a week later.

He added: “It won’t be in the next couple of weeks, but it should be before the Six Nations”.

On hooker George, McCall said: “He was very, very nearly OK for last weekend but when Covid came and he couldn’t do the exercise he could, we thought we would wait a week. He is raring to go and we can’t wait to have him back.”

Sale Sharks’ Tuilagi suffered a grade three tear of his hamstring and was expected to miss at least six weeks.

However, Sale head coach Alex Sanderson said the 30-year-old is “a really quick healer” who “knows how to manage injuries”.

He added: “He is doing really well on his rehab. There is a Leicester game the week before the Six Nations, which is obviously a big one for him, and we are hoping to get him back a week or two before that.”

Champions Wales travel to Ireland and Scotland host England on the opening day of the Six Nations.