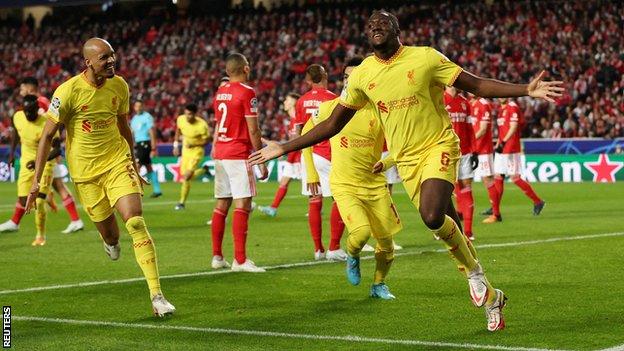 Jurgen Klopp says Saturday’s FA Cup semi-final with Manchester City will have no influence on the Liverpool team he picks to face Benfica.

The Reds face City at Wembley after their Champions League semi-final second leg at Anfield on Wednesday.

Liverpool are looking to finish the job against the Portuguese side after establishing a 3-1 advantage in Lisbon.

“Nobody is injured but we need to look who is fresher for the game and stuff like this,” said Klopp.

“The next game has no influence on the line-up for tomorrow but the last game has.”

Despite his side’s healthy advantage over Benfica, Klopp described the second leg as a “super important game”.

“We tried so hard to get to the Champions League and now we can make it to semis,” he added.

“We felt it when they scored last week. We really need to make them feel this is a place they don’t want to go.”

Midfielder Naby Keita, only a substitute in the 2-2 league draw at Manchester City on Sunday, could come back into midfield.

Benfica will be without right-winger Rafa Silva, who has been ruled out with injury