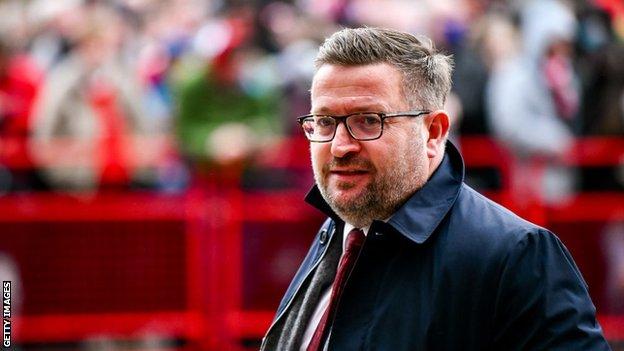 Manchester United chief executive Richard Arnold headed off a planned protest outside his Cheshire house by meeting some fans in his local pub.

Part of the discussion was secretly filmed and posted on social media.

Arnold, 51, appears to be filmed saying United had “burned” through £1bn on players over the past few years.

He also says the money that new manager Erik ten Hag and director of football John Murtough want to spend on new players “is there”.

It is understood talks are continuing with Barcelona over Dutch midfielder Frenkie de Jong, who is Ten Hag’s number one summer transfer target.

United have not won the Premier League since 2013 and last won a trophy in 2017. They finished last season in sixth place, having sacked Ole Gunnar Solskjaer and replaced him with interim boss Ralf Rangnick.

Arnold described last season as “a nightmare” but he also criticised the fan protests that were held at many of the club’s final home games of the season.

Fans held various protests against the Glazer family’s ownership of the Old Trafford club last season at home games and the training ground.

In May 2021, protests by fans led to their Premier League home game against Liverpool being postponed.

It followed United’s decision, along with five fellow Premier League clubs, to join the European Super League (ESL) the previous month, before subsequently all pulling out.

In January 2020, then executive vice-chairman Ed Woodward’s Cheshire home was attacked by fans.

Arnold became CEO on 1 February 2022, following the exit of Woodward.