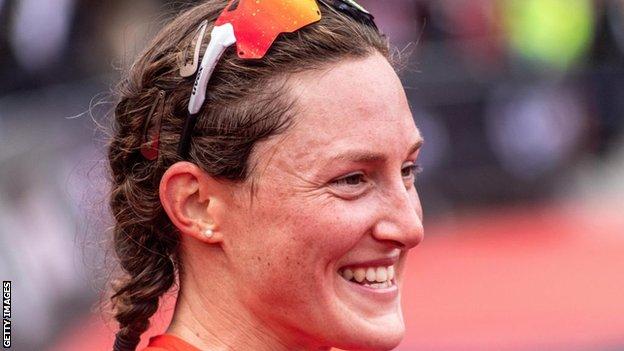 Britain’s Katrina Matthews has become the first woman to finish the full Ironman in under eight hours with victory in the Sub8 in Germany.

The 31-year-old finished in seven hours 31 minutes and 54 seconds to beat rival Nicola Spirig by more than two minutes.

The Norwegian beat Britain’s Joe Skipper, who finished in six hours 47 minutes and 36 seconds – indeed all four competitors finished their events inside their respective time barriers with both men inside seven hours and both women inside eight.

The event was designed to be similar in style to Eliud Kipchoge’s successful attempt to run a sub-two-hour marathon in 2019, with organisers tweaking small details in the design of their triathlon course to facilitate fast times.

A straight point-to-point swim leg in a man-made lake was followed by a bike leg around a high-speed oval race track with banked turns, the final discipline then a run with accompanied by a team of pacemakers.