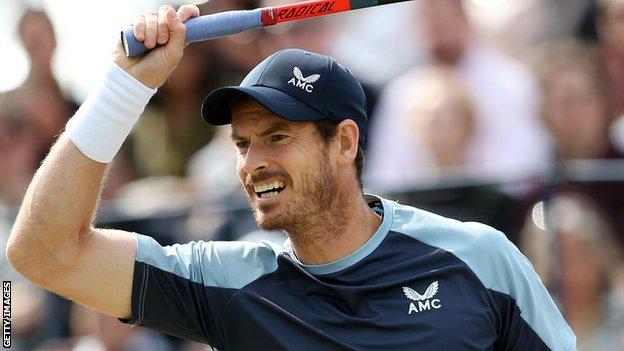 Andy Murray came through a tough test against Alexander Bublik to reach the Boss Open quarter-finals in Stuttgart.

Murray let a set and a break lead slip and had to save three set points before fighting past the seventh seed from Kazakhstan 6-3 7-6 (7-4).

The Briton will face either top seed Stefanos Tsitsipas or Switzerland’s Dominic Stricker next.

Having taken the first set with relative ease, Murray broke early in the second before Bublik fought back, winning four games in a row for a 5-2 lead.

However, Murray came through a lengthy service game to stop Bublik clinching the set, then reeled off three consecutive games to put the match back on serve.

The Scot served better in the tie-break and secured victory on his second match point.

Murray has reunited with former coach Ivan Lendl, who he won two Wimbledon titles, the 2012 US Open and two Olympic gold medals with during their previous partnerships.