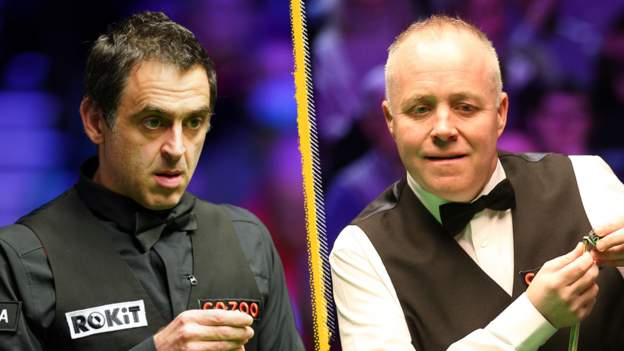 Ronnie O’Sullivan and John Higgins both reached the third round of the UK Championship with routine wins in York.

Seven-time champion O’Sullivan made breaks of 91, 74, 66 and 55 as he reeled off five frames on the trot to seal a 6-2 win over Robbie Williams.

The Northern Irishman, who has not ruled out having to withdraw from the UK Championship at some stage because of personal difficulties, came through a see-saw encounter against O’Connor, who is 43 places lower in the world rankings.

The Englishman made six half centuries during the match but was left to rue several errant pots as Allen went through.

Wilson, who reached the final of the World Championship in 2020, got under way with a break of 113 and also made a 77 on his way to victory. He will next play Wu Yize after the Chinese player secured a 6-4 win over Hammad Miah.

Jack Lisowski made four half centuries as he defeated fellow Englishman Martin O’Donnell 6-4 in a hard-fought contest, Matthew Selt won 6-2 against Joe Perry and Dominic Dale recorded a 6-4 win over amateur Si Jiahui.

It is almost three decades since O’Sullivan, 45, collected the first of his seven UK Championship titles in 1993.

And a sumptuous opening red was a timely reminder of the quality of a player who – despite being regarded as one of snooker’s greatest ever stars – has downplayed his enthusiasm for participating in recent years.

“I have been enjoying it so much that it took the edge off my game. I thought maybe I should start applying myself a bit more mentally,” O’Sullivan told BBC Sport.

“If I had not got my act together he would have probably taken advantage and won. I made him feel it out there and made him feel that I was there to try and win.

“I am going to try and not enjoy it this week and see what happens.”

While O’Sullivan took the first frame with a break of 58, Williams, 34, responded with breaks of 114 and 68 in a high-quality opening, and but for a kick on the pink he may have headed into the interval with a 3-1 lead.

Instead, O’Sullivan knocked in a 91 to draw level and went through the gears as he made his greater experience in these type of occasions count to book a last-32 meeting with Mark King, who won 6-2 against Gerard Greene.

After an error-strewn opening two frames, which both went to the Scot, Higgins cut loose with breaks of 87 and 131 to lead 4-0 at the interval.

Higgins, 46 – who collected the last of his three UK crowns in 2010 – then took the fifth frame, but to his credit Thailand’s Akani prevented a whitewash and launched a mini revival with two half-century breaks before also taking the eighth frame.

However, the four-time world champion brought the match to a conclusion with a classy break of 86 and will now face Zhao Xintong or Thepchaiya Un-Nooh.

“I played okay in the middle of the match but tailed off at the end. It could have been interesting if he had made it 5-4,” Higgins said.