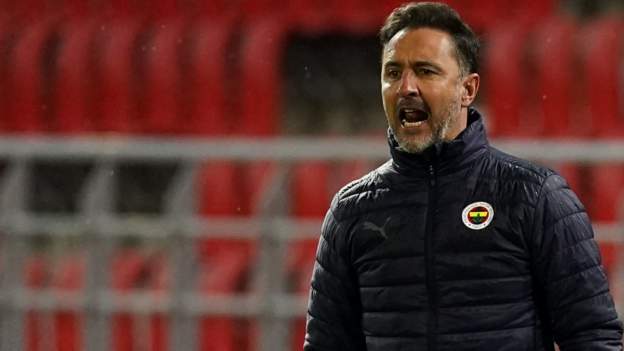 Everton owner Farhad Moshiri is poised to take another gamble and appoint Vitor Pereira as the club’s new boss.

The Portuguese, out of work since being sacked by Fenerbahce in December, is understood to be Moshiri’s favoured choice after impressing in talks.

Derby County manager and former Everton striker Wayne Rooney is also on the shortlist along with ex-Chelsea boss Frank Lampard.

But it is Pereira, 53, who is currently the frontrunner.

Pereira’s initial contract, however, may not run beyond the end of this season or include a break clause.

Belgium coach and former Everton manager Roberto Martinez was initially contacted, but his national Football Association refused to release him in a World Cup year.

Pereira will be another contentious choice following the sacking of the unpopular Rafael Benitez, after a nomadic career without any major success in recent years.

He won league titles with Porto in 2012 and 2013, and then in Greece with Olympiakos in 2015, but a five-month spell with 1860 Munich ended in relegation from the German Second Division in 2017.

Pereira has no Premier League experience and, if he is appointed, will have to pull an Everton side out of a slump that has seen them gain only six points from the last 42 and drop to 16th in the table. They are four points clear of third-bottom Newcastle United, with a game in hand.