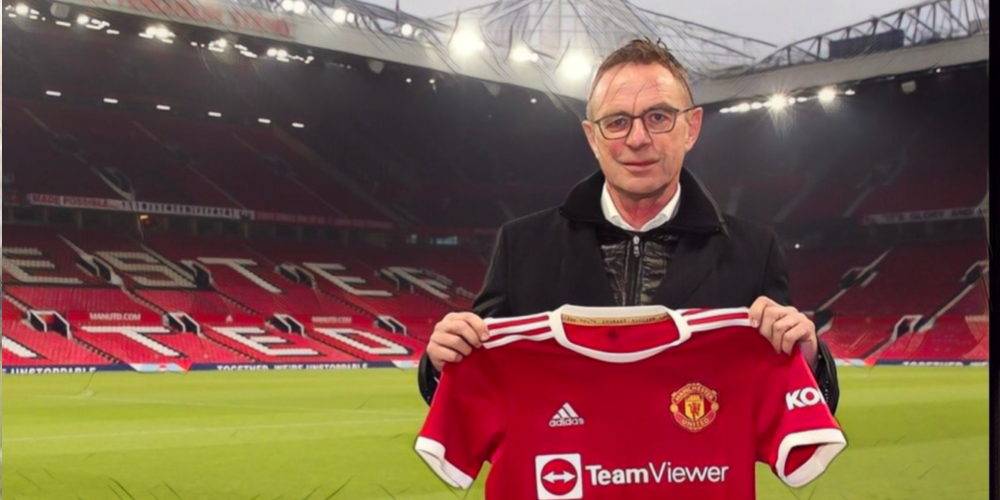 Each week we preview the Premier League’s weekend action and discuss some of the division’s major talking points.

This weekend’s fixtures include a London derby match-up between West Ham and Chelsea in the capital, whilst Ralf Rangnick’s reign beings as interim manager of Manchester United against Crystal Palace.

Newcastle meet Burnley in the proverbial Premier League six-pointer at the bottom, whilst Tottenham will be seeking to secure a third consecutive win as Antonio Conte’s tenure begins to take shape.

Here are eight talking points ahead of the weekend’s Premier League action.

Thomas Tuchel insisted that Chelsea were fortunate to escape with a win at Watford in midweek, a rotated side securing a narrow 2-1 win over the Hornets at Vicarage Road.

Chelsea have so far navigated a challenging period without a recognised centre-forward well, retaining a lead at the top of the Premier League with the west Londoners finding goals from alternative avenues.

The return of Romelu Lukaku, who has made late substitute appearances in each of the past two fixtures, will be a welcome boost to Chelsea, whose current leading scorers are Mason Mount and Reece James on just four apiece.

Lukaku’s spell on the sidelines has left the Blues without a physical presence and a regular source of goals leading the line, and his return to the side is a huge positive ahead of a London derby showdown with West Ham on Saturday lunchtime.

The clash will also see the Belgian come up against his preferred Premier League opponents, having score more goals against West Ham than any other side (also Southampton). Lukaku has nine goals and four assists from just 13 previous appearances against the Hammers.

Newcastle’s midweek clash with Norwich was labelled a must-win for Eddie Howe’s side, though Ciaran Clark’s early red card saw the winless Magpies’ held to a 1-1 draw at St James’ Park.

Newcastle meet another of their direct competitors for survival this weekend, as Burnley make the trip to the North East to face the Premier League’s bottom side.

Just three points separate the Magpies and this weekend’s opponents, with the clash shaping as a relegation six-pointer between two sides in desperate need of results.

🗣️ “They are absolutely desperate to get that first win”

Will Newcastle earn their first league win of the season this weekend? pic.twitter.com/lKPxFulXlQ

Newcastle’s new ownership will no doubt invest in the winter window, but Howe will need to ensure that the gap to safety is not unbridgeable as the club look to attract new recruits.

Defensive investment is vital for Howe during the winter window with Newcastle’s backline options far from the standard required to survive, their lack of signings in recent windows having been apparent during a season of struggle so far.

The weekend’s action features an East v West Midlands match-up between Aston Villa and Leicester, a clash that promises to be an entertaining spectacle based on the performances of the two sides this season.

Both teams rank amongst the division’s top eight – Leicester (6th) and Villa (8th) – for goals scored this season, whilst each have struggled defensively with only three teams having conceded more than Leicester’s 25 goals this season.

The Foxes have failed to keep a clean sheet since the opening day of the season, whilst Villa have lacked the solidity of last season and rank seventh in the Premier League for goals conceded in 2021/22.

With both sides capable of scoring goals at one end and shipping them at the other, alongside local bragging rights at stake, this weekend’s encounter shapes as a fascinating showdown between two clubs looking to recover from shaky starts to the campaign.

Liverpool’s signing of Diogo Jota surprised some during the 2020 summer transfer window, the forward – whilst talented – having been somewhat of a left-field capture after a deal for Timo Werner failed to materialise.

It has proven an inspired deal for Liverpool’s recruitment team, however, with the Portugal international proving the perfect player to both compliment and challenge the Reds’ established front three.

Comfortable across the forward line and combining a clinical edge with a relentless work-rate, he has developed into the idealistic Jurgen Klopp forward since making the move to Merseyside.

Diogo Jota has scored in each of his last three Premier League games for Liverpool:

⚽️ vs Arsenal
⚽️⚽️ vs Southampton
⚽️ vs Everton

Jota returns to Wolves this weekend as Liverpool‘s number nine, his performances in place of the injured Roberto Firmino having raised debate over whether the 24-year-old has surpassed the Brazilian in the Merseysider’s first-choice front three.

Jota has scored four goals in his past three appearances and has eight in the Premier League this season, with just two players – Mohamed Salah and Jamie Vardy – having netted more.

It’s fair to say Claudio Ranieri has not had the easiest of tasks since his appointment at Watford, arriving at the start of a daunting run of fixtures for the Hornets.

The Italian’s seven games in charge have included a 5-0 home defeat to Liverpool in his first fixture, before games with Everton and Southampton punctuated a run of facing five of last season’s top eight in successive weeks.

Convincing wins over Everton and Manchester United have kept Watford outside the bottom three, with this weekend’s clash with Manchester City the next step of the Hornets’ daunting schedule.

City have won the past three meetings with Watford in all competitions by a combined score of 18-0, with Ranieri facing a huge task to contain the champions at Vicarage Road this weekend.

The meeting with City is followed by fixtures with Brentford, Burnley and Crystal Palace, a run where Watford will need to find results at a crucial part of the campaign.

Michael Carrick has waved goodbye to Manchester United, handing the reins to Ralf Rangnick after steadying the ship across three games as caretaker manager.


The 63-year-old has a notorious reputation for high-intensity pressing football and it will be fascinating to see how one of the German football’s most respected figures implements his methods at Old Trafford.

United face Crystal Palace this weekend before a winnable-looking run of games, facing Young Boys in a Champions League dead-rubber before league meetings with Norwich, Brentford, Brighton, Newcastle and Burnley before the turn of the new year.

It is not overly ambitious to believe that run of games could return maximum points for the Red Devils and the club’s supporters will be eager to see how Rangnick’s side set up in the infancy of his time in charge.

27 – Cristiano Ronaldo made 27 pressures last night against Arsenal, his most in any league game this season, previously averaging 14.4 per 90. He made 16 pressures in the attacking third, more than five times as many as in his previous league start against Watford (3). Ralf. pic.twitter.com/9MLn1c3v5f

The German watched on as Cristiano Ronaldo underlined his value with a match-winning brace against Arsenal, whilst Diogo Dalot improved his chances of a regular run in the side with a strong showing at right-back.

Oliver Skipp earned praise from Antonio Conte following his performance in the midweek win over Brentford, the midfielder producing his best showing of the campaign in Spurs’ 2-0 win.

Skipp’s emergence this season has been one of the few positives in a testing time for Spurs, the academy graduate returning from a loan spell at Norwich last season to claim a regular role in the side.

The 21-year-old impressed in the Canaries’ 2020/21 promotion campaign and faces his former side as a Premier League player this weekend, where he will again have the chance to show Conte he can be a key part of the north London side’s future.

Skipp’s drive and energy have won an admirer in the Italian, a season of first-team football in the Championship having accelerated the development of a player that Conte believes has all the attributes to become a ‘top midfielder’.

Arsenal remain in touching distance of the top four despite defeat at Manchester United in midweek, the Gunners edged out in an entertaining clash at Old Trafford.

Mikel Arteta’s side have recovered from a disastrous start to find themselves amongst the chasing pack for Champions League football, losing just twice in their past 11 league fixtures to sit fifth.

Despite concerns over their performances against the division’s top sides, that run has proven a source of encouragement for a youthful side as Arteta plans for the long-term at the Emirates.

Arsenal’s last eight goals in the Premier League have all been scored by players aged 23 or under, with Emile Smith Rowe (21) and Martin Odegaard (22) their goalscorers at Old Trafford.

Each of Arsenal’s five away goals in the Premier League this season have now been scored by by players under 23 or under.

Martin Ødegaard with the first and last. ⚽️ https://t.co/7VDT0VyfTA

Each of the Gunners’ five away goals this season have also been scored by players under 23, a positive sign for Arteta who has risked his reputation to provide youth a chance this season.

In what appears an open race for fourth position this season, an Arsenal side increasing in confidence and experience have a fair chance of returning to Europe’s elite. The Gunners face struggling Everton this weekend and will be targeting three more points to boost their challenge.