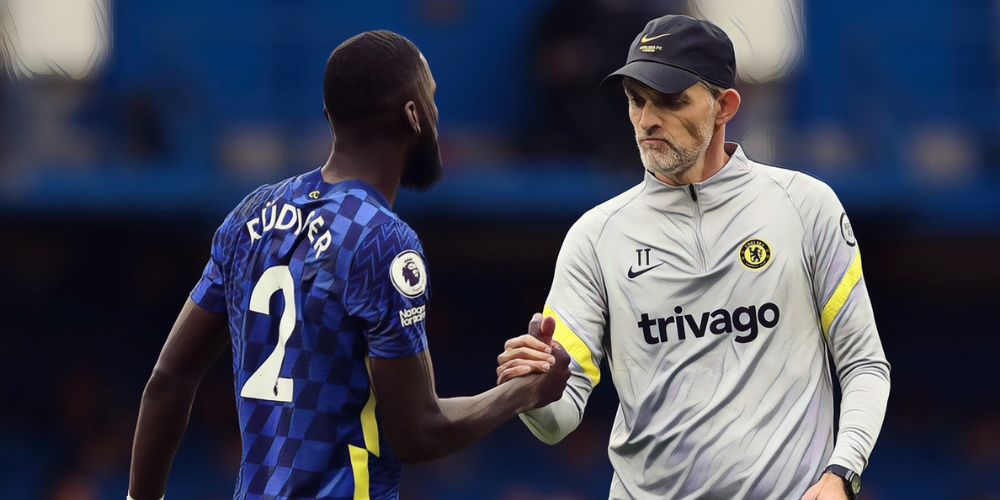 Each week we preview the Premier League’s weekend action and discuss some of the division’s major talking points.

This weekend’s fixtures sees Manchester United travel to face the league leaders, with the managerless Red Devils – under the guidance of caretaker Michael Carrick – taking on Chelsea at Stamford Bridge.

Manchester City and Liverpool host West Ham and Southampton respectively in their pursuit of Chelsea at the summit, whilst there is a fascinating match-up between struggling Everton and Brentford side who have endured a significant dip of their own.

Elsewhere Claudio Ranieri returns to Leicester, whilst Eddie Howe will be looking for his first win as Newcastle travel to take on Arsenal at the Emirates.

Here are eight talking points ahead of the weekend’s Premier League action.

Newcastle are bottom of the division and without a win ahead of this weekend’s trip to Arsenal, the new ownership now well aware of the task facing the regime and new manager Eddie Howe.

Howe’s reign began with an enthralling 3-3 draw with Brentford last weekend – despite the manager being absent after testing positive for coronavirus – in a contest which simultaneously offered signs of encouragement and exposed familiar flaws.

Newcastle travel to face Arsenal this weekend in search of their first three points of the season, though the weight of history is against the Magpies who have endured a woeful record against this weekend’s opposition.

Newcastle have lost 17 of the past 18 meetings between the two teams in all competitions, including the last seven in succession.

The most recent six of those games have seen Newcastle fail to score a single goal, whilst it is over a decade since the Magpies last won an away game at Arsenal, Andy Carroll scoring the winner back in November 2010.

That win in itself was remarkably Newcastle’s first in north London since a 3-1 win took Bobby Robson’s side top of the Premier League in 2001, one of just five wins for the Magpies – home or away – against Arsenal since the turn of the century.

Steven Gerrard once claimed that Patrick Vieira’s performance against Liverpool in the 2001 FA Cup final was the realisation that he had to ‘climb a few more levels to reach the top’.

Gerrard and Vieira cemented their status as two of the Premier League’s greatest midfielders during illustrious careers at Liverpool and Arsenal, with the two meeting in battle once again as opposing managers this weekend.

Whilst the more experienced Vieira represented a benchmark in their playing careers, the latter’s managerial career in English football is just months older than Gerrard’s, having taken over at Crystal Palace this summer.

“I know he’s a winner.” 🌟#AVFC boss Steven Gerrard talks about Patrick Vieira as a player and discusses the impact he’s had at #CPFC this season ahead of this weekend’s clash… pic.twitter.com/eCmzP5xGDW

The Frenchman has made a fine start and has swiftly built a side that resonates with the supporters, packed full of energy, endeavour, and the attacking threat that was lacking under Roy Hodgson.

Gerrard will be hoping to stamp his own mark on Aston Villa and began with a positive win over Brighton on debut, with this weekend’s clash representing a chance for the new managers to build on strong starts.

It will also make an entire generation of Premier League fans suddenly feel that little bit older, as two of the division’s greats go head-to-head in opposing dugouts.

Back-to-back wins have suddenly painted a rosier picture around Carrow Road, the second of those overseen by Dean Smith in his first game in charge of the Canaries.

Whilst the win over Southampton was far from convincing, the response to falling behind in the fourth minute will no doubt have pleased Smith, as Norwich secured successive top-flight wins for the first time since 2016.

The reintroduction of Billy Gilmour and Todd Cantwell to the side can add quality, though the latter will need to improve on a performance that saw him hooked at half-time against the Saints.

Norwich face a Wolves side currently residing in the top six this weekend and will need to be at their very best to secure a result against Bruno Lage’s improving outfit.

The unrest that surfaced following Rafa Benitez’s appointment at Everton was quelled somewhat following a strong start to the season, but a concerning run of six games without a win has put the pressure on the former Liverpool boss.

Everton’s problems pre-date the Spaniard’s appointment with their recruitment having been poor in the extreme, with Benitez’s signings on a modest budget – notably Andros Townsend and Demarai Gray – having been amongst the Toffees’ better performers.

How would you rate Rafael Benitez as Everton manager so far? 🤷‍♂️ pic.twitter.com/wWRUPhwltl

An injury and suspension hit Everton host a Brentford side who have similarly slumped after a fast start to the campaign, arriving at Goodison with four defeats and a draw from their past five, in what surely represents a must-win clash for the home side.

With a looming Merseyside Derby against his former side in midweek, Benitez can ill-afford to head into that clash without a pressure-relieving three points.

Leicester welcome Ranieri back to the King Power

Claudio Ranieri makes his first return to Leicester this weekend, the club’s title-winning manager now in charge of Watford’s battle to beat the drop.

Ranieri is incredibly in his fifth position since being unceremoniously sacked at Leicester in 2017, just months after guiding the Foxes to a triumph that still seems improbable several seasons later.

The Italian is sure to be handed a warm welcome from the home crowd, though Leicester will be keen to ensure Ranieri does not leave as the happier of the two managers.

Brendan Rodgers’ side are currently 12th in the division after a disappointing start to the campaign and have failed to win in three. The Foxes’ boss will be hoping the midweek Europa League win over Legia Warsaw – a result which catapulted the club from bottom to top in the race for qualification – can be a springboard to turning their season around.

Maxwel Cornet is fast emerging as one of the signings of the season for Burnley, the winger having been an inspired acquisition after arriving from Lyon.

The 25-year-old’s signing differed from Sean Dyche’s regular recruitment, an exciting arrival from a European league who swapped Europa League football with Lyon to join the Clarets in a £12m deal.

That fee has proven a bargain based on Cornet’s initial showings, becoming the first Burnley player to score five goals in their first six Premier League starts.

🎯 We can’t get enough of 𝗧𝗛𝗔𝗧 Cornet goal.

Take a look at it from another angle with Clarets Uncut.

It’s a remarkable run of form for a player who operated at left-back for Lyon last season, the Ivory Coast international demonstrating his threat further forward with a series of stunning goals.

Cornet is amongst the in-form players in the division at present and can inflict more misery on a struggling Spurs side this weekend, the north Londoners still enduring teething issues under Antonio Conte and travelling to Turf Moor on the back of an embarrassing midweek defeat in Europe.

Is Raheem Sterling edging closer towards his best?

Much of the talk surrounding Sterling of late has been regarding a potential Etihad exit, the Manchester City winger tentatively linked with moves after finding opportunities limited under Pep Guardiola.

Sterling’s current contract expires in 2023 and his future remains uncertain with Barcelona amongst those linked, though successive goals against West Ham and Paris Saint-Germain have raised hopes he can regain a crucial role in the side.

#UCL nights! Through to the next round ✅ City fans you were amazing 💙 pic.twitter.com/fwEzvF9D5t

The 26-year-old has taken his chance in the absence of Jack Grealish, scoring a fine effort in the win over the Hammers last weekend, before netting the equaliser against PSG in midweek.

That latter goal was perhaps more encouraging for Guardiola as the England star found himself within the widths of the post to stab home from close range, a trademark of Sterling’s best performances in a City shirt.

Manchester United travel to face Chelsea this weekend, with the two teams poles apart at present. The Red Devils are on a run of five defeats in seven Premier League fixtures, whilst Chelsea are the current league leaders and arrive into the clash after thrashing Juventus in midweek.

There are, however, similarities between the current United side and Chelsea of last season, the latter having sacked a club legend from his position as manager, following a significant summer spend and concerning run of form.


Frank Lampard was dismissed with Chelsea ninth in the division and with concerns over their defensive strength, the west Londoners possessing a set-piece vulnerability and an expected goals against (xGa) metric that saw only Brighton, Crystal Palace, West Brom and Sheffield United fare worse.

United’s defence has been similarly susceptible this season with only the bottom two sides – Newcastle and Norwich – having conceded more than their 21 goals this season.

With the club understood to be closing in on the appointment of Ralph Rangnick as interim manager, the German’s first task will be tightening a leaky defence.

The former RB Leipzig coach could do worse than follow the example set by former protégé Thomas Tuchel, with Rangnick having handed the Chelsea boss his first coaching opportunity at Ulm.

Thomas Tuchel’s stats from his first 50 games at Chelsea are phenomenal! 🔥

Despite operating with almost identical personnel to Lampard, Tuchel has transformed Chelsea into arguably the best defensive side in European football, keeping 31 clean sheets in just 50 games in charge.

That run has included a Champions League triumph and a strong start in the 2021/22 title race, with silverware success often built from the back.