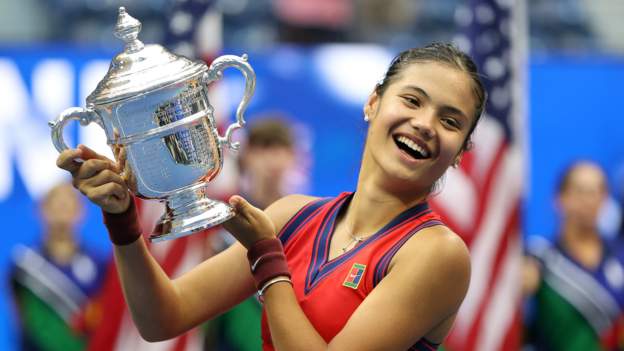 British number one Emma Raducanu has been named newcomer of the year by the Women’s Tennis Association.

The 19-year-old burst onto the scene in 2021 by winning the US Open, making her the first qualifier to win a Grand Slam title.

Her victory came just two months after she made her main draw debut at a major, becoming the youngest British woman to reach the Wimbledon last 16.

She finishes the year ranked 19th in the world, having started at 343rd.

Australia’s world number one Ashleigh Barty was crowned WTA player of the year for the second time after winning a tour-leading five WTA titles in 2021 – including Wimbledon.

The Czech Republic’s Barbora Krejcikova and Katerina Siniakova were named doubles team of the year having won Olympic gold and their third Grand Slam trophy as a pair at Roland Garros.

Suarez Navarro was diagnosed with Hodgkin lymphoma in September 2020, but in April said she had recovered and returned to play at Roland Garros and Wimbledon in her final season before retirement.