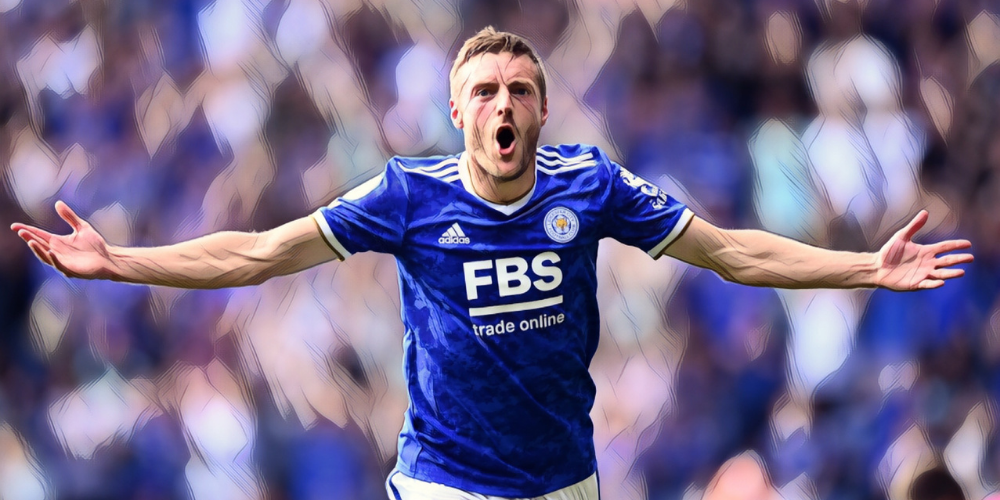 Jamie Vardy continues to thrive as Leicester’s talisman despite entering the twilight of his incredible career, with the Foxes’ forward having enjoyed another prolific start to the Premier League season.

Vardy has scored nine league goals for the campaign already, with his double against Watford this weekend moving the evergreen striker to 93 goals in the division since turning 30.

It’s a remarkable haul for the 34-year-old, who is now 14th amongst the Premier League’s all-time leading scorers despite not making his top-flight debut until after his 27th birthday.

As Vardy continues to defy time, we’ve decided to look back at some other players who continued scoring goals late in their careers, here are the five players to score the most Premier League goals after turning 30.

The oldest goalscorer in the history of the Premier League after finding the net aged 40 years and 268 days, Sheringham was a player who defied Father Time during a lengthy career at the top.

Winner of the division’s Golden Boot during the Premier League’s inaugural season, the former England international was a reliable goalscorer during spells at Tottenham, Manchester United, Portsmouth and West Ham.

He scored 77 goals after his 30th birthday, reaching double figures on three occasions, including during the 2000/01 season in which he was named as the PFA Player of the Year and FWA Footballer of the Year after winning the title for a third consecutive season at Manchester United.

Sheringham finished his career having scored 146 Premier League goals, with more than half of his overall total coming after his 30th birthday.

Five of the Best – Oldest goalscorers in Premier League history

Frank Lampard became arguably the greatest goalscoring midfielder of a generation during an illustrious career in the engine room at Chelsea, his ability to break opposition lines and ghost into the opposition box perhaps unmatched by any player in the Premier League era.

Lampard sits fifth in the all-time scorers list and ranks fourth for the most goals over the age of 30, including a career-best campaign of 22 league goals as Chelsea won the domestic double under Carlo Ancelotti during the 2009/10 campaign.

Capable of scoring from distance and a fine set-piece taker, the midfielder became the greatest goalscorer in the west London side’s history after eclipsing Bobby Tambling’s record of 202 Chelsea goals with a double against Aston Villa in 2013.

His goals helped the Blues to three Premier League titles and a host of cup successes, Lampard’s fine finishing and knack for finding space in the penalty box apparent even in his latter years.

Sectarianism, betrayal and a pig’s head – The most controversial transfers in football history

The greatest goalscorer in the history of the Premier League predictably finds himself on this feature, Alan Shearer plundering 84 of his 260 league goals after his 30th birthday.

Shearer was the best English forward of his generation and a complete attacking talent, combining a physical presence with strong aerial ability and lethal finishing off either foot.

Few images are more iconic than the Newcastle number nine setting off in celebration with one arm aloft, eclipsing his boyhood side’s all-time goalscoring record with 206 goals in the famous black and white colours.

It’s a testament to the player that he sits so highly on these rankings despite serious injuries hindering his abilities during those years, the once explosive talent seen at Blackburn replaced by a diluted version of Shearer for much of his time at Newcastle.

The very best, however, never lose that goalscoring instinct and there have been few – in any era – as good as Shearer.

Ian Wright’s record of 93 Premier League goals after turning 30 was matched this weekend by Vardy, with the former Arsenal forward one of football’s great late bloomers.

Wright burst onto the scene at Crystal Palace before joining the Gunners in a club-record deal shortly before the formation of the Premier League, the forward turning 30 during the second season of the rebranded division.

The former England international remained Arsenal’s chief goalscoring threat for several seasons, however, scoring 30+ goals in all competitions during four of his seven campaigns in north London to become the club’s record goalscorer, a landmark later eclipsed by Thierry Henry.

Wright’s speed and movement made him a livewire in attack and the leading threat of a pragmatic Arsenal side, his decisiveness in front of goal often the difference for the Gunners during the early years of the Premier League.

Vardy levelled Wright’s record after scoring a brace during Leicester’s 4-2 win over Watford, the Foxes’ forward having enjoyed the best period of his career in recent seasons.


The former non-league star’s meteoric rise has been well-documented with Vardy having risen from the depths of semi-professional football to become a Premier League title winner, scoring over a century of goals at the highest level despite not making his debut in the division until the age of 27.

No longer the whirlwind of endless energy that continually chased lost causes, Vardy’s game is now about evasive and timed movement with his finishing as clinical as ever.

Jamie Vardy now has 127 Premier League goals, as many as Jimmy Floyd Hasselbaink.

23 goals until he breaks into the top 10 of all-time. ⌛️ pic.twitter.com/iMSNuYs0jz

Vardy has scored 76 league goals across the past four full seasons for Leicester, including a haul of 23 to win the Premier League’s Golden Boot during the 2019/20 campaign.

The 34-year-old has scored nine league goals for the campaign already this season, showing few signs of slowing down, with only Mohamed Salah having scored more in 2021/22 to date.