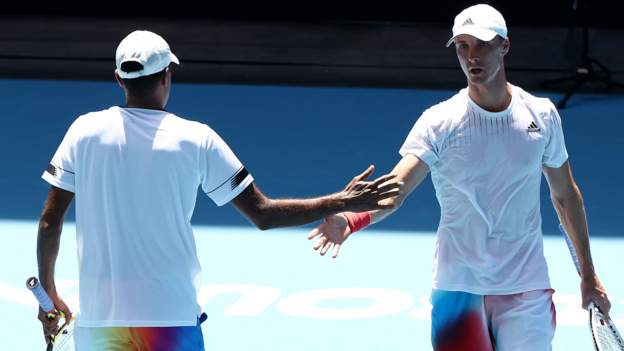 The second seeds have yet to drop a set after beating the Italian pair 6-3 6-2.

Salisbury and Ram won the title at Melbourne Park together in 2020 and were runners-up last year.

They will face Max Purcell and Matthew Ebden next after the Australians beat Neal Skupski and Wesley Koolhof.

Salisbury and Ram are bidding for back-to-back Grand Slam titles after lifting the US Open trophy in September.