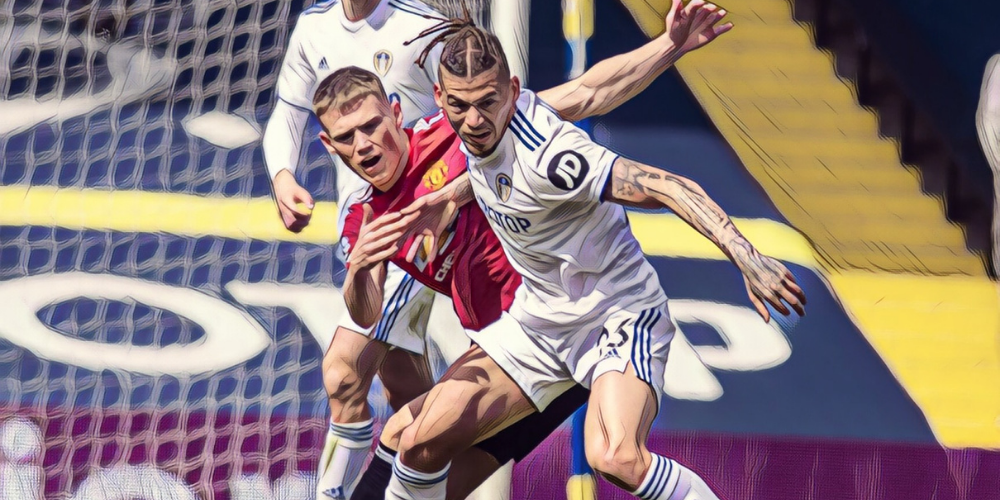 Each week we bring you some of the Premier League’s leading performers and this weekend’s action ensured there was plenty of candidates to choose from.

Chelsea edged past 10-man West Ham in a crucial clash as both sides chase Champions League qualification, whilst Newcastle’s recent renaissance continued after snatching a late draw at Liverpool.

Burnley all but assured safety for another season after dismantling a hapless Wolves at Molineux, though Brighton squandered a chance to move away from the bottom three after losing at already relegated Sheffield United.

Following the latest round of Premier League fixtures we’ve picked out some of the division’s star performers, here are seven players who shone this weekend.

Following a difficult opening to the campaign Chris Wood is now back to his best for Burnley, continuing his fine form of recent weeks with a first ever Premier League hat-trick at Wolves.

Wood has now scored six goals in his past six appearances with a further three assists thrown in for good measure, becoming the first ever player from New Zealand to score a Premier League treble.

The 29-year-old was sublime in a complete centre-forward performance at Molineux, bullying a shell-shocked Wolves defence as Burnley produced their best attacking performance of the campaign so far.

Wood’s first was a drilled finish from a narrow angle, the power taking the strike beyond Rui Patricio to open the scoring before adding a second from close-range following fine work by the impressive Dwight McNeil.

The forward completed his hat-trick after meeting McNeil’s in-swinging corner to power home a header, later adding to his destructive display after teeing up Ashley Westwood for Burnley’s fourth.

Wood has now netted 10+ goals in each of his four Premier League campaigns for Burnley, whilst his hat-trick moved him clear as the Clarets’ outright leading scorer in the division’s history on 44 goals.

His first-half hat-trick was also the first time a player has scored three times away from home inside the opening 45 minutes since Michael Owen in 1998, a rare feat on an afternoon to savour for the burly Burnley forward.

Leeds’ clash with rivals Manchester United perhaps failed to live up to pre-game expectations but there was no shortage of fascinating battles across the pitch, none more so than Kalvin Phillips’ exceptional man-marking job on Bruno Fernandes.

Fernandes has been arguably the Premier League’s most influential player since signing for Manchester United, but was shackled in fine fashion by the combative presence of Phillips.

The ‘Yorkshire Pirlo’ was brilliant in an industrious all-action performance in the Leeds midfield, finishing the clash with game-leading figures among his teammates for recoveries (13), duels won (11), tackles made (8), successful long balls (6) and chances created (3).

Phillips led by an example as the defensive screen in front of the Leeds backline, his performance – alongside that of Diego Llorente and Pascal Struijk – ensuring a clean sheet for Marcelo Bielsa’s side and continuing the club’s six-game unbeaten run in the Premier League.

It’s been a fine return to the top tier for Leeds this season and the ambitious Whites will have plans to progress further next season, Phillips the fulcrum of the side and a player that can be built around as the club bid to challenge the division’s best on a regular basis.

It’s not often that a player from a losing side is included in our best performers of the weekend’s action, rarer still one who saw his side slump to defeat against the Premier League’s bottom side and one already condemned to the Championship.

Yves Bissouma deserves exception however, the midfielder continuing to stand head and shoulders above his Brighton teammates and following a strong showing against Chelsea in midweek with another exemplary performance at Sheffield United.

The 24-year-old was the Seagulls’ driving force throughout in a typical box-to-box showing, snapping into challenges and bursting forward in an attempt to make things happen for Graham Potter’s side.

Potter believes the Mali international is capable of playing in any midfield in world football and the list of clubs considering a move for the star is reportedly growing longer, Liverpool strongly linked with a summer move as the Reds seek a replacement for Georginio Wijnaldum.

Bissouma’s upward trajectory since moving to the Premier League three years ago indicates he is more than ready for the step up in quality, though it will take a huge figure to prise away a player who has been the shining light in Brighton’s season.

Mason Mount has been a regular name in this feature so far this season with the Chelsea midfielder surely amongst the leading contenders for the PFA Young Player of the Year award.

The 22-year-old has continued to grow in importance and influence for Chelsea so far this season and was again central to the club’s success as Thomas Tuchel’s side secured what could prove a priceless win at West Ham.

The two sides headed into the clash at the London Stadium level on points in the race to secure Champions League football, with Timo Werner’s goal proving the difference and moving the Blues a step closer to Europe’s elite.

Whilst Werner may have been the match-winner, it was Mount’s performance that stood out as the England international continued his remarkable levels of consistency this season.

The midfielder twice tested Lukasz Fabianksi with efforts from distance and was central to Chelsea’s best passages of play, leading his teammates for chances created (3), shots (6), take-ons completed (4), touches (91), tackles (4) and ball recoveries (8).

Mount’s mix of endless energy and high-quality attacking output have rightly made him a fixture for both club and country this season.

Another name who has appeared often in this feature in recent weeks, Allan Saint-Maximin has provided the spark needed for Newcastle to move away from relegation trouble.

Whilst Martin Dubravka’s string of saves and Joe Willock’s latest clutch goal deserve credit, there can be no underestimating the difference Saint-Maximin has on this Magpies side with their threat transformed with the winger present.

The 24-year-old received a knock early on against Liverpool and appeared in some discomfort, though showed a willingness to keep attacking with his speed adding a different dimension to Steve Bruce’s side.

Saint-Maximin was menacing throughout as he had Liverpool defenders back-peddling whenever picking up possession, the Frenchman unplayable when at his best as he breezes past opposition challenges.

Newcastle’s safety has all but been assured after taking eight points from their past four fixtures with Saint-Maximin crucial to that run, and the Magpies must now show ambition if they are to keep their brightest talents at St James’ Park.

West Brom appear destined for an instant return to the Championship as time begins to run out for Sam Allardyce and his side, the conceding of a late equaliser to Aston Villa leaving the club nine points from safety with just five games remaining.

It’s a position that is reflective of their struggles this season with the Baggies having looked out of their depth on occasion this season, though the performances of Matheus Pereira have stood out amongst much mediocrity.

The 24-year-old shone during West Brom’s promotion-winning season and has handled the step up impressively, scoring nine league goals and providing a further five assists in a struggling side.

Pereira netted his ninth of the season from the spot during the 2-2 draw with Villa this weekend and was at the heart of the club’s best attacking moves, hitting the crossbar with a fine free-kick and coming close to netting again in the second half.

Pereira’s creative quality – alongside a willingness to work hard defensively – look unlikely to keep West Brom in the Premier League, though could provide the Brazilian a second chance in the division with this weekend’s opponents reportedly amongst his list of admirers.

Burnley’s blitz of Wolves at Molineux was one of the club’s finest performances in recent seasons, a display that contained team-ethic, hard running and quality when entering the final third.

Amongst the architects of the win was Dwight McNeil, who epitomised all that was good about Burnley’s performance with a selfless showing down the left-hand side.

The 21-year-old helped end a run of three consecutive defeats with two assists at Wolves, the first seeing the youngster anticipate Adama Traore’s slack pass before stealing possession and crossing for Chris Wood to tap home.


McNeil’s in-swinging corner then saw Wood head home to complete a first-half hat-trick as Burnley moved closer to safety in a clash they dominated from start to finish in the Midlands.

After a disappointing U21 European Championship with England, this was a reminder of McNeil’s quality and it is easy to forget he remains just 21 given he recently reached 100 appearances for the Clarets.

A winger capable of quality delivery and possessing a willing to put in a shift defensively, there are likely to be suitors for the youngster once again this summer.