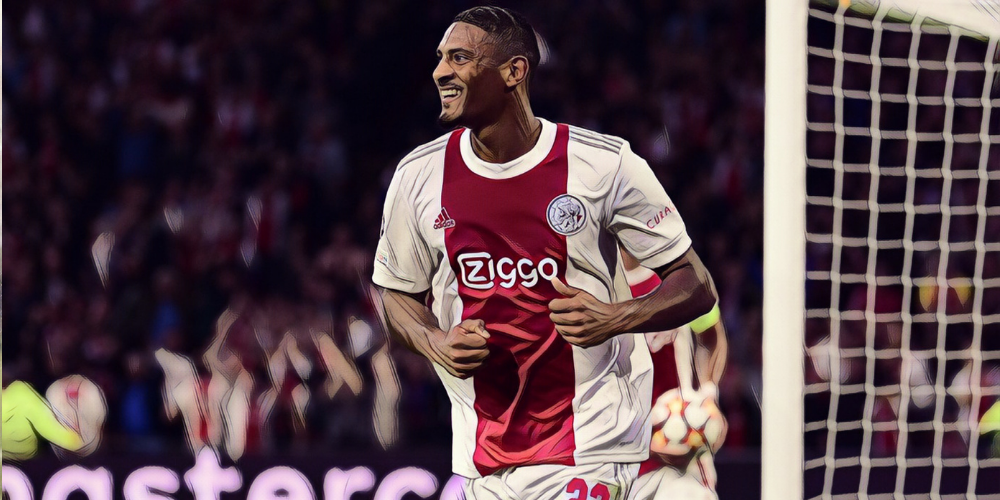 Sebastien Haller’s sensational Champions League season with Ajax continued this week after the forward scored in the Dutch side’s 4-2 win over Sporting Lisbon.

Haller opened the scoring from the penalty spot to score for the sixth successive fixture, becoming the first player in Champions League history to score in each of his first six appearances in the competition.

The Ivorian’s spot-kick also saw him reach 10 goals for the campaign, with Haller just the fourth player to have scored 10 or more goals in a single Champions League group stage.

Haller has joined some illustrious names in achieving the feat and following his prolific exploits we’ve decided to remember the four players to have reached the goalscoring landmark.

The competition’s all-time record goalscorer currently holds the record for most goals scored in a group stage campaign, scoring 11 times across just six fixtures for Real Madrid during the 2015/16 season.

Ronaldo opened his account for the campaign with a hat-trick against Shakhtar Donestsk in matchday one, before scoring twice as the Spanish giants won 2-0 at Malmo in their next fixture.

After failing to score across two clashes with Paris Saint-Germain, he returned to form with another brace as Shakhtar were beaten for a second time in a 4-3 thriller in Ukraine.

Ronaldo rounded off the group with a brilliant four-goal haul as Malmo were thrashed 8-0 in the Spanish capital, with the Portugal captain finishing the 2015/16 Champions League season with 16 goals as Real Madrid were crowned champions of Europe once again.

That haul saw him finish just one short of his own all-time record for most goals in a Champions League campaign, having scored 17 times as the Spanish side won the trophy for a tenth time in 2013/14.

Lionel Messi became the second player to score 10 or more goals in a group stage campaign the following season, scoring 10 times as Barcelona progressed to the knockout stages as group winners.

Messi scored a hat-trick as the Catalan side beat Celtic 7-0 at the Camp Nou in their European opener, before missing the following clash with Borussia Monchengladbach through injury.

The Argentine genius returned to score a second successive Champions League treble as Manchester City were beaten 4-0 in emphatic fashion, before netting in each of the club’s following three clashes to make it 10 goals from just five appearances.

Messi added just one more goal to his total, however, as Barcelona were eliminated in the quarter-finals following a 3-0 aggregate loss to eventual runners-up Juventus.

Robert Lewandowski has scored prolifically on the Champions League stage in recent campaigns, with only the two aforementioned goalscoring geniuses having ever outscored the Bayern Munich forward at this level.

Lewandowksi has now scored 82 goals in just 101 appearances amongst Europe’s elite, with his most prolific campaign coming during Bayern’s victorious 2019/20 season.

The Poland international scored 15 goals as the Bavarians were crowned champions of Europe to complete a historic treble, including netting 10 times from just five group stage appearances.

That haul included scoring twice as Bayern battered Tottenham 7-2 in north London, alongside a four-goal haul in a 6-0 win over Red Star Belgrade.

Lewandowski scored in every single fixture he featured in during Bayern’s run to the final, before Kingsley Coman’s winner against Paris Saint-Germain secured a 1-0 win and the ultimate success for Hansi Flick’s dominant side.

Lewandowski has the chance to become the first player to achieve the feat twice, should the Polish forward feature and score against Barcelona this evening.

What a season it has turned out to be for Sebastien Haller, the forward having joined a group of goalscoring royalty during his first ever season at Champions League level.

The forward endured a difficult time in the Premier League after becoming West Ham’s record signing, but has proven an inspired signing for Ajax since swapping London for Amsterdam.

Sebastien Haller becomes only the second player in Champions League history to score in every group stage game, after Cristiano Ronaldo.

He knew what he was doing 🧠 pic.twitter.com/2uthNPt3Hx

Haller’s first full season with Ajax has seen the Ivorian score 18 goals in 19 appearances to date, including netting 10 times during a brilliant Champions League campaign for Erik ten Hag’s team.

Ajax have progressed to the last 16 with a 100% group stage record, with Haller having netted in each fixture to become the first player in Champions League history to score in each of his first six appearances in the competition.

Haller’s haul began with a four-goal destruction of Sporting Lisbon in matchday one, netting four goals as the Portuguese champions were humbled on home turf.


He added further goals in wins over Besiktas and Borussia Dortmund (twice), before scoring a match-winning double off the bench as Besiktas were beaten 2-1 in the reverse fixture.

Haller’s penalty opened the scoring against Sporting Lisbon this week to make it 10 goals from six games, completing Ajax’s perfect record in the group stage with the Dutch champions set to enter the knockout stages in confident mood.