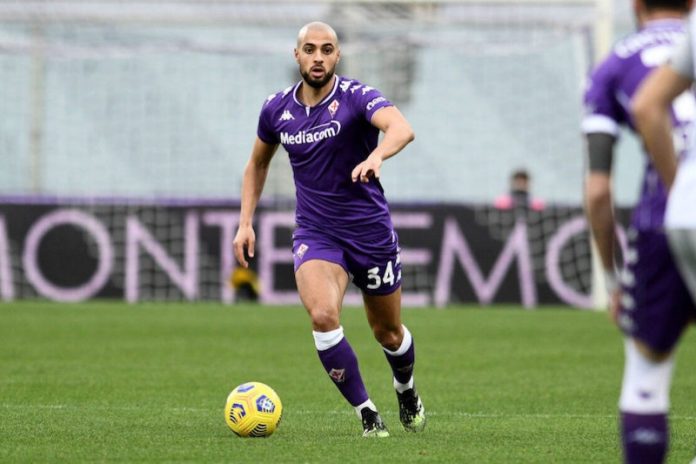 Tottenham Hotspur have been linked with a move for the Moroccan international Sofyan Amrabat this week.

The Fiorentina midfielder has fallen down the pecking order at the Italian club and a move away from Serie A would be ideal for the player.

The 25-year-old needs to play more often and Spurs could provide him with that opportunity. Antonio Conte needs to add more depth and quality to his side and Amrabat could prove to be a solid acquisition.

Spurs could lose the likes of Dele Alli and Tanguy Ndombele this month. Both players have been linked with moves away and Conte needs to bring in a proper replacement. Amrabat could partner Pierre-Emile Hojbjerg at the heart of Tottenham’s midfield.

According to Fabrizio Romano, the move is not done yet but things are quite advanced and the transfer is expected to be completed before the January window closes.

The transfer is likely to be a loan deal with an option to buy.

Sofyan Amrabat to Tottenham, advanced but not a done deal yet. Conte and Paratici both want him – he’s also doing great at AFCON. ⚪️ #THFC

But Spurs are waiting to complete Ndombele deal before Amrabat [loan with buy option]. Player side not a problem: he only wants Spurs. pic.twitter.com/bp9AE1sXcL

Amrabat will be determined to prove himself in the Premier League after a tough time in Italy. It will be interesting to see if he can settle in quickly and make an immediate impact during the second half of the season.

The 25-year-old was highly rated before his move to Fiorentina and that is why the Italian outfit agreed to shell out £17m for his services. It remains to be seen whether Conte can help unlock the midfielder’s potential once the transfer is complete.

The midfielder is yet to reach his peak and there is clearly room for development. Amrabat has the potential to become a key player for the Londoners in the long run.