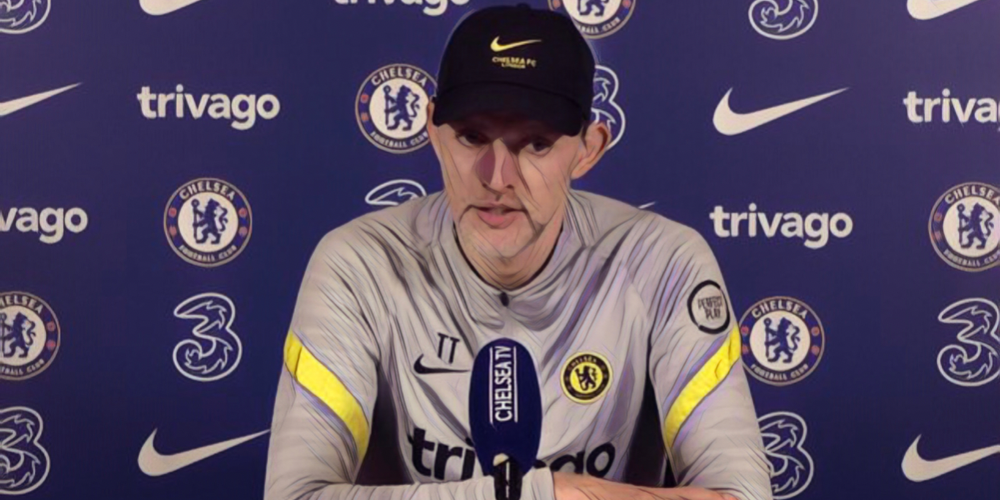 Chelsea have learned their fate for the inter-continental competition and will face Al Hilal, Al Jazira or Auckland City in the semi-final of the Club World Cup, set to take place in the United Arab Emirates in February. Palmeiras – who won the Copa Libertadores – will face Al Ahly or Monterrey in the other semi-final.

The tournament’s scheduling has already seen Premier League fixtures with Brighton and Arsenal postponed, whilst there could be further disruption should the west Londoners beat Brentford and progress to the Carabao Cup semi-finals.

Speaking ahead of tomorrow’s trip to face Watford on Wednesday evening, Tuchel has discussed his side’s ‘challenging’ schedule with Chelsea facing a pile-up of fixtures across the second half of the season.

“We have tight communication with the medical and fitness department and we tried to predict the load, look at who is overloaded and underloaded, and from there we see what we need in the next games.

“We still take it step by step, if you look too far ahead you will see there are tough weeks coming. That is why we focus on the details, the next game, maybe on the next two games where we can rely on our predictions because we have fantastic support from everybody.

🗣”Of course it’s a nice award because it’s a team effort. Full credit to the owner and everybody in charge, we are trying our best to continue and maybe win this award again.”

Thomas Tuchel has his say on Chelsea’s award for club of the year at the Ballon d’OR pic.twitter.com/zlV3b4GQ5v

“It’s on the players to be strong in the games but to take recovery very seriously. We have to be very good in recovery and sleeping, taking the right food and supplements to help us recover.

“Our style is intense and needs to be to have a certain mentality and identity on the pitch. This is what we want. We are not scared to rotate, we just the whole squad.”

Tuchel has confirmed that Edouard Mendy and Hakim Ziyech will be back for the Club World Cup despite their involvement in the Africa Cup of Nations in January, though insisted his immediate focus is on Watford and a clash with Claudio Ranieri’s side.


“Mendy and Hakim will be back as I understand it, even if they reach the final,” he said.

“It’s in February, we still have December and January to play. I don’t break my head about it. My focus is on Watford, my team selection and rotation.”