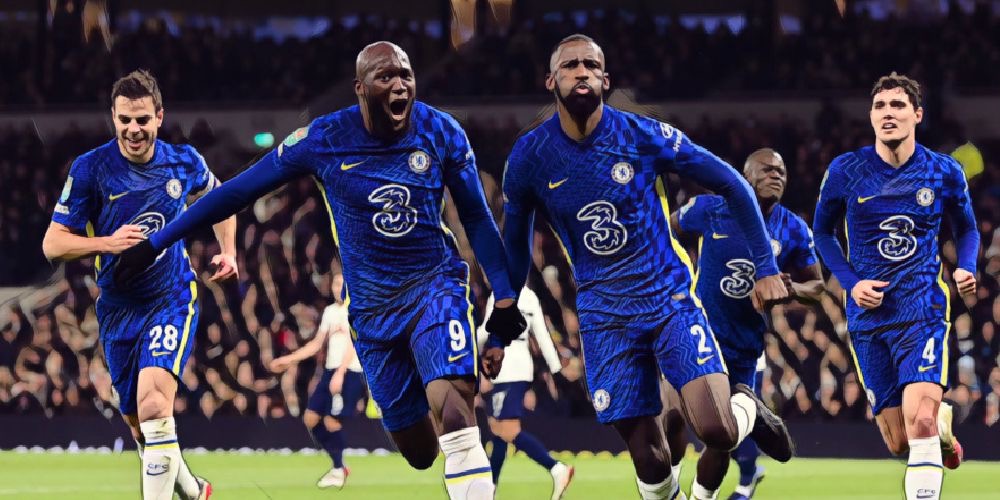 Last weeks first leg was a fairly one-sided affair, with Chelsea putting in a dominant display to earn a 2-0 win over a lacklustre Spurs side that rarely threatened, and the start to this game began in a similar manner.

The first big chance of the game would fall to Romelu Lukaku, the Belgian unsurprisingly winning his physical battle with Ben Davies, holding off the challenge of the Welshman before seeing his effort smartly saved by Pierluigi Gollini.

Chelsea would however take the lead inside the first 20 minutes, and like in the first leg, it felt rather avoidable from Spurs perspective, with Gollini failing to deal with a corner from the right as Rudiger got away from his man, got to the ball, and managed to steer the ball goal-bound with his back.

Spurs thought they had been handed a potential route back into the tie as they were awarded a penalty with five minutes of the first half to play for a foul by goalscorer Rudiger. However, on first glance, it seemed to have taken place outside the box, a view eventually confirmed by VAR who advised Andre Mariner to award a free kick instead – Giovani Lo Celso’s resulting effort ultimately being struck against the wall.

Mariner would point to the spot once more just 10 minutes into the second half after Kepa Arrizabalaga was judged to have brought down Lucas Moura, though a swift review of the pitchside footage again saw the decision changed, with the Spanish ‘keeper having put in a superbly timed challenge on the Brazilian.

1 – Just 350 days after his first game in charge of Chelsea, Thomas Tuchel has become the first manager in the club’s history to guide the Blues to the final of each of the League Cup, FA Cup and Champions League/European Cup. Imposing. pic.twitter.com/STkUKoMffl

That decision seemed to spark Spurs into life, though VAR would again come to hinder their hopes of a comeback as Harry Kane saw an effort ruled out for offside with 25 minutes of the game to play.

The Blues hung on to secure their place in the final, though Thomas Tuchel was disappointed with his side’s ‘sloppy mistakes’ after their dominant opening.

“We started well, created big chances and were in the lead,” he told Sky Sports. “But we played with fire; we allowed chances from sloppy mistakes and almost gave a penalty away because of overconfidence.

“The same happened in the second half, in the last 20, 25 minutes, a mixture of lack of focus, overconfidence. We needed luck to not give away another penalty, to have an offside VAR decision. We need to play better if we’re going to really deserve results like this.”


The German said that the result isn’t always the sole factor in being satisfied, demanding his side maintain the standards that they have set in the first 12 months of his tenure: “We have to meet the standards,” he said. “It is why we work for Chelsea and play for Chelsea. Nothing else matters.

“It is not about just getting a result; we can play much better. We can close spaces much better, be better in defence, individually, control the match better and make fewer mistakes. In any aspect we can do better and we must do better.”

Asked about the three VAR calls that went in his side’s favour, the Blues boss said his side would have ‘stepped up’ if Spurs were to have pulled a goal back.

“I’m pretty sure we would’ve stepped up if they had scored. Every goal has a reaction; we were 3-0 up and there was no need to play with 85% or 90%, but I had the feeling we did. If a goal would have counted, there is enough quality there to stand up, we’ve done that before when we’ve conceded.”

Chelsea face Premier League leaders Manchester City in the league at the weekend.