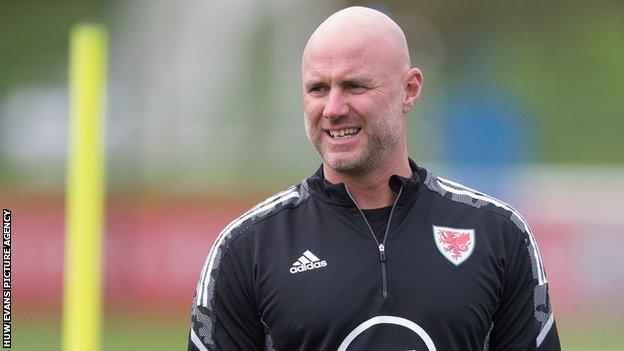 Wales will have history on their minds as they aim to qualify for their first World Cup since 1958 when they host Ukraine in Sunday’s “massive” play-off final in Cardiff.

On what should be another emotionally charged occasion, Ukraine hope to bring more joy to their war-torn country after their semi-final win in Scotland.

But Wales must put their compassion on hold to realise their long-held dream.

England, the United States and Iran await the winners in Qatar.

“We have only played in one World Cup. This is a stepping stone we want to take to play on the biggest level. We’re desperate to win to achieve our goal.

“We understand the awful things going on in Ukraine. Our hearts go out to the kids, families and people of Ukraine. We’ve all felt awful during this time and not been able to do too much.

“But come tomorrow it’s a game of football. We want to win.”

Wales have not played at a World Cup in 64 years – only Indonesia and Cuba have gone longer between appearances.

Since that appearance in 1958, Welsh football history has been littered with tales of near misses. From Scotland in 1977 and 1985 to Romania in 1993, Wales have stood on the brink of history before – only to stumble at the final hurdle.

But these are different times. This is Wales’ golden era, in which their players are not burdened by that past.

Qualifying for Euro 2016 ended their 58-year wait for a major tournament and reaching a first semi-final in France took Welsh football to new heights.

Wales followed that success by qualifying for Euro 2020 – but a World Cup would represent another level again.

“The excitement, the buzz around the place – we’ve given ourselves an unbelievable opportunity.

“When you’ve got the quality that we’ve got in that changing room, then you trust in that.”

Originally scheduled for March but postponed because of Russia’s invasion, this match also represents an opportunity for Ukraine to qualify for only their second World Cup.

But set to the backdrop of war in their homeland, for Ukrainians this is about more than football.

With only friendly fixtures as preparation, Oleksandr Petrakov’s side summoned an extraordinary amount of courage – as well as skill and attacking verve – to beat Scotland on a night of high emotion at Hampden Park.

Petrakov’s impassioned post-match address – and the tearful speech from Manchester City”s Oleksandr Zinchenko a day earlier – were a moving illustration of the wider significance of their endeavours.

“Our team write to soldiers and received a flag from the war which they promised to hang in the dressing room,” Petrakov said in Cardiff on Saturday.

“It’s a really hard situation in Ukraine and not everyone can watch football because of the situation but we will try to concentrate and play well.”

Ukraine had 3,500 supporters with them in Glasgow, and their contingent at Cardiff City Stadium will include 100 refugees who have been given free tickets by the Football Association of Wales.

There will also be a show of support from the home fans before kick-off but, once the first whistle blows, Wales’ players will have to put their sympathy to one side.

Page has a fully fit squad available and, after resting his first-choice players for Wednesday’s Nations League defeat in Poland, he is expected to revert to the team that beat Austria in March’s World Cup play-off semi-final.

That will mean a return for the likes of Bale, who scored both goals in the 2-1 win over Austria, and Juventus midfielder Aaron Ramsey.

“As a team we’re just going about it normally,” said Bale.

“We understand the game is massive but it’s a game of football that we need to perform and play well in.”