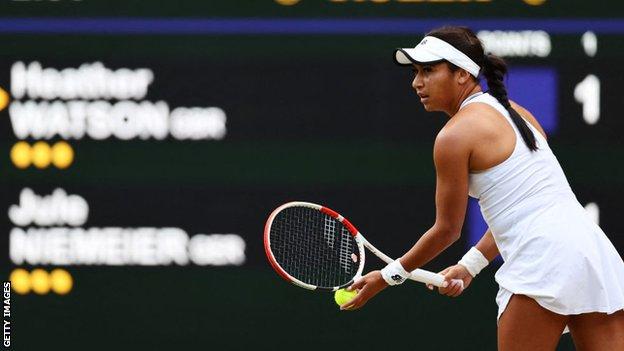 Britain’s Heather Watson saw her hopes of reaching a first Grand Slam quarter-final at Wimbledon ended in a straight-set defeat by Jule Niemeier.

Watson lost 6-2 6-4 on Centre Court in a match preceded by a celebration to mark the show court’s centenary year.

Watson, who was played on every day of the tournament so far, broke serve at the start of the second set but was not able to maintain the advantage.