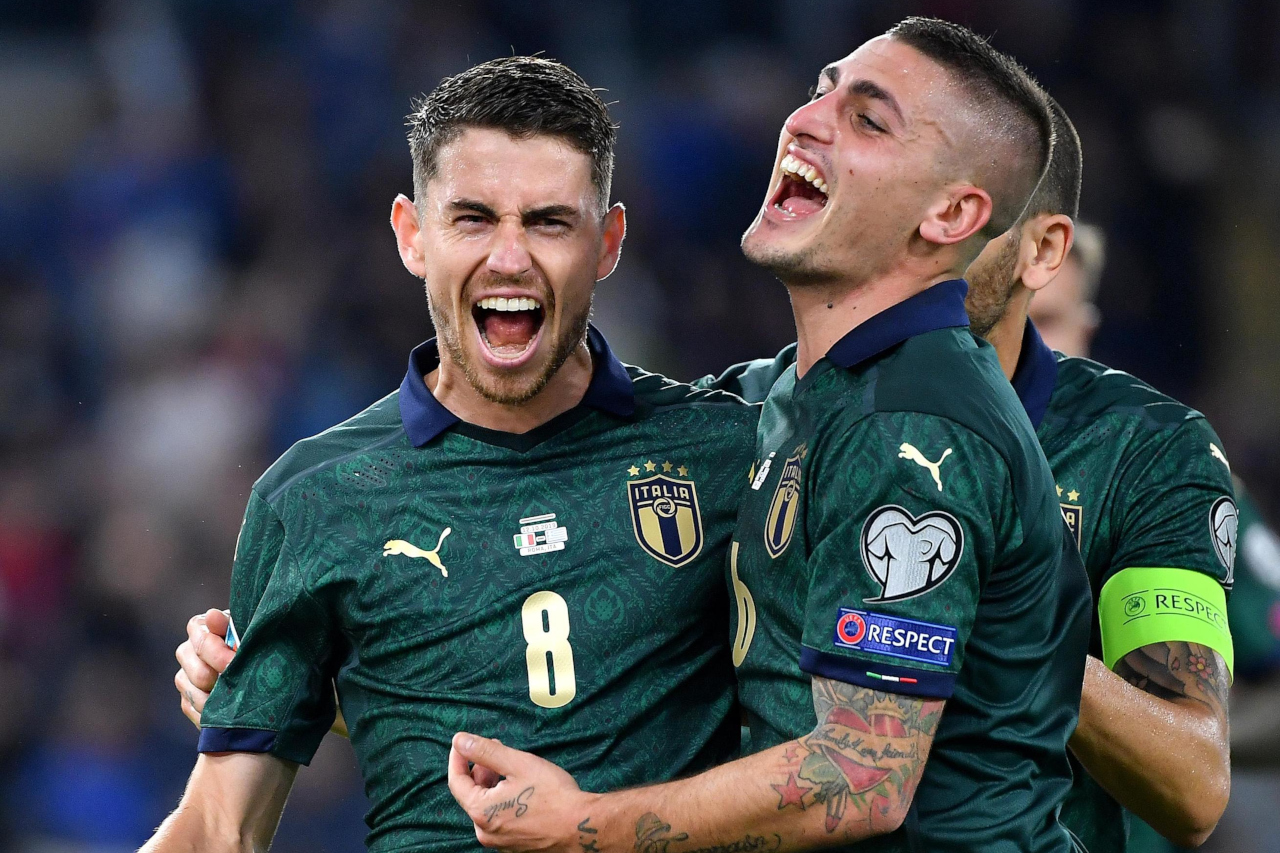 With the 30 nominees for the Ballon d’Or announced, Nima Tavallaey Roodsari looks to the five reasons why Jorginho should be named the best player of 2021.

When the shortlist for this year’s Ballon d’Or nominees was unveiled last week, many fans were, quite rightly, shocked and appalled that Federico Chiesa’s name was left out. However, even if the Juventus and Italy winger had been included in the 30-man list, he is still far from deserving to be in the top 3, let alone win it.

Instead, the accolade as the best player of the year in the world belongs to Chiesa’s Azzurri teammate, Chelsea’s Jorginho. Below are 5 reasons why the former Napoli midfielder deserves to win the Ballon d’Or.

Jorginho not only started 12 out of Chelsea’s 13 matches en route to winning the club’s second title in Europe’s premier club competition but also captained the side twice along the way.

He only failed to make it a lucky number 13 out of 13 matches played. That’s because he was suspended in the return leg of the Round of 16 against Atletico Madrid due to accumulating too many bookings.

But aside from that one game, he never missed a start and never played less than 65 minutes.

In fact, he played the full 90 minutes in all of the knockout matches he started, being subbed off late three times in the group stages. In both clashes with Sevilla, the second time in the 85th minute when the game was already won, and against Krasnodar, after 71 minutes.

No other outfield Chelsea player racked up more minutes than the Brazil-born Italian midfield Maestro en route to lifting the cup with the big ears, second only to goalkeeper Edouard Mendy, and both men playing just over 1,000 minutes.

2) Italy would never have won Euro 2020 without Jorginho

The same pattern is repeated when looking at his importance to Roberto Mancini’s Italy when winning the European Championships this past summer.

Jorginho was once again the outfield player with the most minutes on the pitch in the entire competition, starting all of Italy’s seven matches, being subbed off only once after 75 minutes against Wales in the meaningless final group stage match. The latter is significant as Roberto Mancini rotated the team heavily, with the group already won.

Everyone could be rotated, except for Donnarumma and the indispensable Jorginho, who covered the most distance out of all the outfield players at UEFA Euro 2020, including England’s Kalvin Phillips, who came in second. The former Hellas Verona midfielder recorded a stunning 93% passing accuracy and completed 497 passes throughout the tournament, the most of any midfielder, second overall to Spain defender Laporte.

The result of a football match is, of course, ultimately measured in which teams score the most goals. And it is only natural that the game’s low-scoring nature allows the goalscorers to retain most of the limelight. However, it is reductive and archaic always only to measure who the best player is along with those parameters.

This is particularly true when considering the importance of goalkeepers and central defenders to title-winning teams at both club and international level. And it should be extended to non-scoring and assist-providing midfielders as well, such as Jorginho, who has demonstrably offered invaluable quality leading to trophies.

Jorginho is the brain behind the build-up play, which inevitably finds the spaces and the players movements, which lead to assists and goals. The secondary assist if one speaks ice hockey. He is the beating heart that dictates the tempo with which his teams dominate their opponents. Defensively, the Chelsea man is a reference point for his teammates when interpreting their positional roles on the pitch.

And no more so did it become evident than this last year at both Chelsea (especially after Thomas Tuchel took over) as well as with Italy in the European Championship.

– Fallout to #Donnarumma being booed 🤣

When Roberto Baggio won it in at Juventus in1993, the Divine Ponytail had completed his positional shift up the pitch as a forward, so he doesn’t qualify as a midfielder. By the time Milan legend Gianni Rivera won the award, he’d played in every single position in midfield, from regista to mezzala to trequartista.

Since then, no Italian midfielder has won it, not even Andrea Pirlo in 2006, when Fabio Cannavaro prevailed. The Ballon d’Or was awarded in 1969 to Gianni Rivera for helping his beloved Milan win the European Cup/Champions League. In 1993 it was given to Roberto Baggio for outstanding performances leading his Juventus to glory in the UEFA Cup.

Fabio Cannavaro got the accolade for bringing glory to the Azzurri in 2006 at the FIFA World Cup in Germany. Nothing for Franco Baresi, Gigi Buffon, Paolo Maldini, Alessandro Del Piero, Pirlo or Francesco Totti before or since.

In 2021, Jorginho was the most crucial player for Italy and Chelsea when winning the European Championships and the Champions League respectively, equalling the achievements of the legends above but doing so in one season. Jorginho is not a better player than Roberto Baggio or Gianni Rivera, but comparisons help when contextualizing accomplishments.

Allow me to elaborate before I drown in a cacophony of outrage from the Messi fanboys online army.

I subscribe to the notion that awards are based on the merit of achievements, not on appreciation of talent. Lionel Messi achieved nothing in the last 12 months that remotely eclipses what Jorginho achieved during the same period. Unless you think finishing third in La Liga is a far more remarkable feat than winning the Champions League.

Or winning a tournament where eight out of 10 teams from the group stage make it to the quarter-finals, as was the case in Copa America, is far more impressive than winning EURO 2020 after defeating Belgium and Spain en-route to beating England at a packed Wembley.